You’ve probably heard a cat purr. But why do they do this?

Cats seem to purr when they’re relaxed and feeling good. But purring is also self-soothing for cats. They may purr in stressful situations to calm themselves down. Purring may also have bone healing properties. Some research has found that cats purr at a frequency and range that promotes tissue regeneration, which makes a lot of sense, because in their natural setting, cats spend a lot of time waiting to hunt. So purring may stimulate bones and prevent them from becoming brittle.

Purring involves a cat’s larynx and diaphragm muscles during both inhalation and exhalation. These muscles twitch 25-150 times per second, depending on the intensity of the cat’s emotion. But how their central nervous system controls those contractions isn’t fully understood. And even big cats like cheetahs and cougars purr, too. But why?

Some think purring is also a form of communication meant for those close to the cat, since the purring sound and vibrations can’t travel too far, and because purring most often occurs in close social situations, like grooming and nursing.

This will not be a surprize for cat owners, but science has proved that a cat’s purr can be not only therapeutic for humans, but the best therapy for humans. Of all pets, cats have been shown to lower blood pressure and stress in pet owners the most effectively. Purring plays a big role in this.

However, researchers recently uncovered something shocking about a domestic cat’s purr. The University of Sussex has shown that sometimes when a cat purrs, it sends out a high frequency noise that owners do not consciously recognize. However, the owners’ brains register the sound as being similar to that of a cry of a young child, prompting them to treat a cat like a distressed baby, feeding them extra milk and giving them more food. If you’ve been overfeeding your cat recently, but don’t understand why you’ve been doing this, this research could be the answer.

If you want to check if you’re cat is manipulating you with its purr, then the article has some advice for when to look for it, even without high tech sound frequency detection equipment. The Doctor in charge of the study, Karen McComb, stated, “It seems to most often develop in cats that have a one-on-one with their owners rather than in large households… Cats exhibit this behaviour in private with their owners, typically at anti-social times, such as first thing in the morning.” Next time your cat wakes you up with its purr, see if you get the urge to feed it.

Also, other animals than cats can purr. Guinea pigs, raccoons and hyenas have all been observed purring. It is believed that the reasons that these animals purr is the same as in cats. 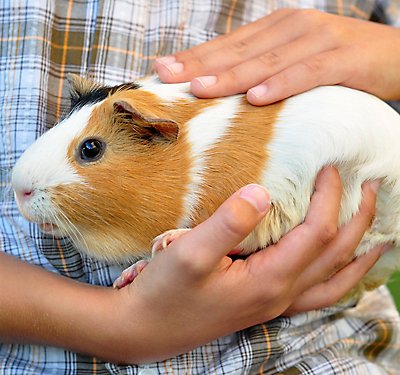 In the wild, there are cats that don’t purr, because they roar, such as lions. All roaring cats are of the larger variety. They do this to protect their territory and packs. Due to the way they evolved, any cat that roars can’t purr and any cat that can purr can’t roar.

So there is no one reason why your cat purrs; there are many. And while in some instances they may be purring to subliminally make us feed them, overall the noise benefits us hugely. It’s best to just be glad they do it at all.