This shrimp shoots bubbles at its enemies. The pistol shrimp uses its one huge claw to fire bubble bullets. The bubbles result in a sound of 210 decibels, which is louder than an actual gunshot, at 150 decibels on average.

The noise is so loud, it can either knock out or kill their victim. Its snapper is made up of an immobile half called a propus, and another half called the dactyl. After the shrimp opens its dactyl, it closes with such incredible force that it displaces water that jets out at 105 feet per second. Tiny bubbles swell up in this low pressure moment and then collapse when the pressure rises again.

The 210 decibel sound is created by the bubble collapsing. The collapse of the bubble also generates temperatures of 8,000 degrees fahrenheit for a split second, which is almost as hot as the surface of the sun.

The prey gets stunned by the powerful blast of bubbles and sometimes dies instantly. The shrimp then drags its victim to its burrow to be eaten. What a way to go.

Pistol shrimp species exist around the world. They live in burrows that they make, either in coral reefs, seagrass flats, oyster reefs or freshwater caves. They only reach sizes of between 1-2 inches in length. 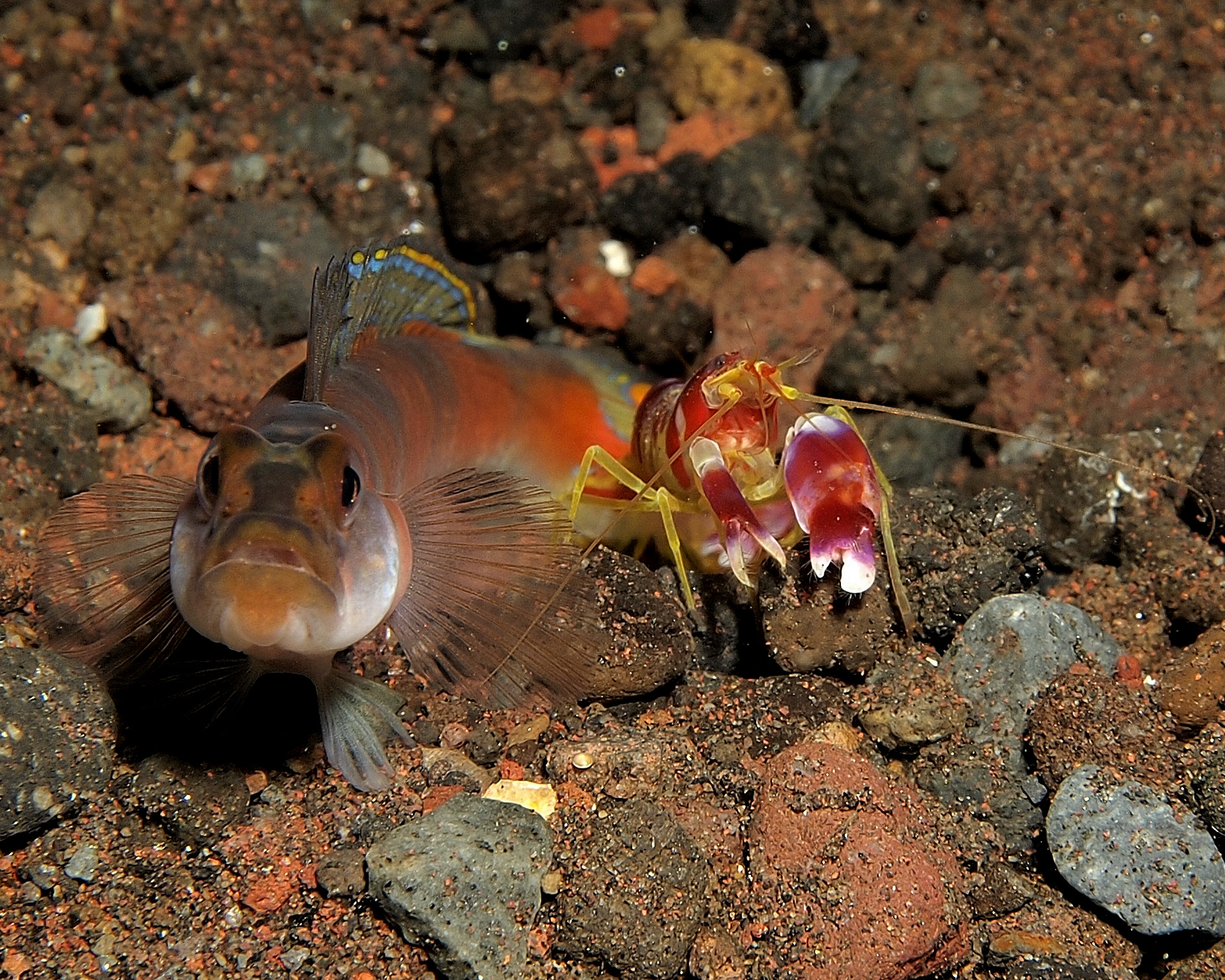 For such a violent sounding animal, they can be surprisingly social. Marine biologists have observed them sharing burrows with the goby fish. They work as a team in the ocean. The pistol shrimp builds and maintains the burrow, and the goby fish, having much better vision, watches out for danger. They sound like a real aquatic odd couple. The only pistol shrimp that team up with goby fish are found in coral reefs. Other pistol shrimp live together in huge colonies, with one queen presiding over male workers, much like an ant colony.