A new type of drug-resistant and deadly pneumonia has been discovered in China. The bacterium killed 5 people in an intensive care unit in the city of Hangzhou. It can fight off all drugs available in China. There is allegedly a drug in the U.S. that should be effective against it, but it has yet to be tested. 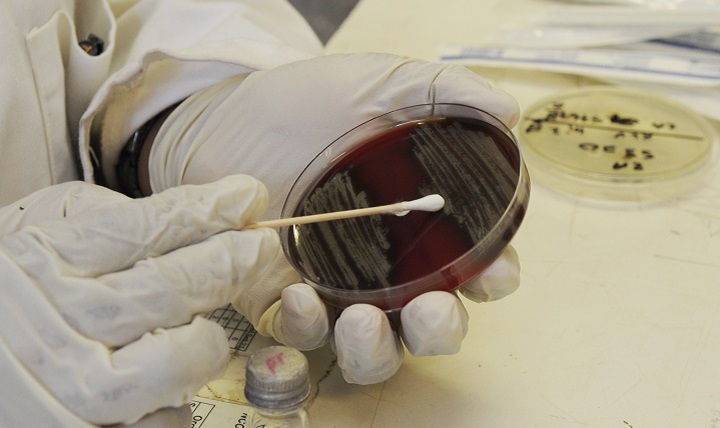 This new pneumonia strain is a fusion of 2 dangerous forms. The first is a multidrug-resistant form called CRE. The second is a very severe “hypervirulent” form that causes more damage than other strains. It starts in the lungs and then moves on to infect other organs, like the liver. It can even affect healthy, young adults. And now that the two forms have combined, it is more powerful than ever. The outbreak occurred in a brand new hospital with “very good hygiene,” said microbiologist Sheng Chen.

While reports of superbugs in the past have turned out to be hyperbolic, there’s plenty of reason to believe that this particular strain of pneumonia could be as bad as initial reports have stated. A wide range of media outlets have reported on it, including NPR, and the initial findings of this new super pneumonia were even reported in one of the oldest and most well respected medical journals in the world, The Lancet. The Lancet is the journal that first published articles about antiseptics, wrote pioneering investigations in post traumatic stress disorder and is responsible for a wide range of other groundbreaking world firsts.

While this new super pneumonia is certainly something to be worried about, there are several reassuring signs. First of all, in the report that brought the information to the world, the patients who died were already on ventilators, were all over 54 years of age, and the research does indicate that there are control measures that can be implemented to reduce the disease’s spread.

Still, many leading figures in the medical industry are worrying about this super pneumonia’s rapid development. Liang Chen and Barry Krieswirth, who are respected epidemiologists, are both alarmed. They stated in The Lancet that “Failure to control its early spread right now, will make a global epidemic of carbapenem-resistant [CRE], hypervirulent K.pneumoniae hard to avoid.” But getting the U.S. drug approved in China could help. In the meantime, doctors are trying to identify cases early and isolate those infected.

Even without considering this new development, pneumonia is still a terrible disease. Around 450 million people per year get it (7% of the world’s entire population), and 4 million die. It is currently treated through a combination of Antibiotics, antivirals and oxygen therapy. There are a few health options that you can take to help prevent an outbreak of pneumonia, which include washing hands regularly and not smoking.

In developing nations, pneumonia is still the leading cause of death. While countries like the U.S. might not be affected too badly by this new disease, millions more across the world could now be at greater risk than they already were.

If you’re worried that you might have pneumonia, symptoms include cough, fatigue, fever, shortness of breath, diarrhea, nausea and chest pains. If you have some or all of these at a level above a cold, it is recommended that you see a doctor as soon as possible.